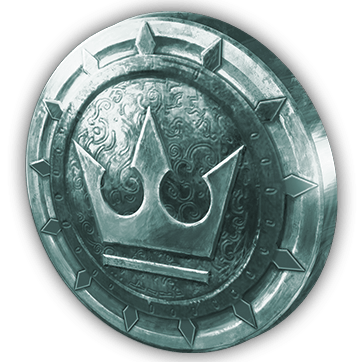 Buy ESO Gold - Get all the Gold you Need Very Easy! 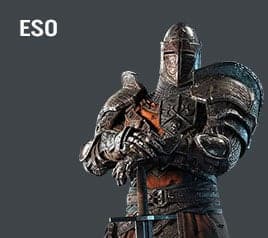 The Importance of TESO Gold to Gamers

Gold is Elder Scrolls Online has always been the backbone of all the things that are revolving within this open world fantasy online game. Unfortunately, thereâs no global trading system in ESO which is a bummer. Without a global trading system, players are forced to buy whatever the price of the items that they want that are in the market. While itâs great that gamers will not have to worry about the item they want to buy increasing in price because of the demand, a stale market isnât exactly all that fun as well. This results in players not finding any reason to dive into lucrative opportunities that are otherwise fundamental to the economy of other MMORPGs. ESO is indeed a special case in that the developers don't seem to really care about the idea of involving players within the gold trading system. But nevertheless, gold is important for the players of ESO. Without it, how could they buy the armor and weapons that they need to do battle? In the most basic form, Elder Scrolls Online currency is merely used for purchasing the essentials, and thatâs enough for it to become an important currency for the players.

Getting ESO Plus: Is It Worth It?

For those that donât have prior knowledge of ESO Plus, itâs basically a monthly membership package which includes a 10% increase in gaining gold within the game. That in itself is handy for the players already, but ESO Plus also adds in to the package access to the Bottomless Bag, every DLC pack with the exception of Elsweyr, and double banks space to put all of that extra gold in! So is getting ESO Plus worth it in the long run? The answer is: absolutely. But if a gamer is only going to get it for the sake of that 10% increase in gold gain, then no. The ESO Plus is all about getting the full experience of what Elder Scrolls Online as whole has to offer. If players donât opt to play the DLCs available, then it would be a waste to get the monthly membership.

One of the most beloved, and time honored RPG's spanning back as far as 1994, was one of the first pixelated RPG's on offer. It stemmed from Bethesda games, and a small group of developers who were fans of pen and paper role playing games, such as Dungeons and Dragons. Initially, it wasn't planned to have even been an RPG, but rather an early single player arena style game. However, as the development progressed, the team in development decided to place greater emphasis on side quests rather than the arenas, with eventual RPG elements added. Over the years, after Arena, Elder Scrolls saw many new incarnations with Daggerfall, Morrowind, Oblivion, and, the latest, Skyrim.

The Elder Scrolls franchise is a single-player open RPG that has each installment set in a particular continent in Tamriel. Hardcore RPG lovers who are willing to spend a lot of time in an expansive game realm wouldn't change a thing about it. But for a younger, more modern generation of gamers whose first foray into the scene has been online, Tamriel can sometimes be too big to adventure in alone. In fact, a lot of Skyrim players have been clamoring for online features, as they think that the continent of Nords would be a lot livelier if they could share it with other souls. Thankfully, Bethesda Softworks listened to the prayers of its faithful patrons, and so The Elder Scrolls Online was born, bringing the game's mythos into the world of MMORPGs.

As you would expect from an MMO, Elder Scrolls has its own in-game currency. Despite there being massive trades in crafting materials, the go-to object of desire is ESO gold.

An extremely important part of ESO, gold is used for most transactions in Tamriel whether players are buying armour, weapons, clothing, and more, so it's important for players to have gold at their disposal. There are many ways in which a player can earn gold coins in Tamriel, some of which being completing dungeons, questing, killing monsters, and farming certain valuable items from activities such as crafting to sell. If they do plan to sell items, it's important to join a populated trade guild to sell quicker, and for more money thereby increasing their profits.

It can be difficult to earn gold in Elder Scrolls Online, as most of the effective methods of farming ESO gold are kept secret by the players who utilize them. A large reason for this is that gold farming methods in ESO become less effective when more people are taking advantage of them. It can be tough and disheartening not being able to afford good items and gear for their character.

Faithful to its Elder Scrolls roots, players can choose among some of Tamriel's most represented races: the Nord, Breton, Redguard, Orc, Khajiit, Argonian, Dunmer (Dark Elf), Altmer (High Elves), and Bosmer (Wood Elves). And in true MMORPG fashion, Elder Scrolls Online lets you choose between four classes: the Dragonknight, Templar, Sorcerer, and Nightblade. Each has its own play style, but they only give players four class-exclusive skills, not to mention that it doesn't bar them from learning and equipping the wide plethora of skills the game offers, giving players the freedom to customize their character however they please. However, as gamers inch closer to end-game content, the roles of these classes become more and more defined. In addition, each race, just like in the previous Elder Scroll games, comes with its own affinity to a particular equipment or ability, as well as its own active skill. Therefore, even though their chosen race won't limit the class they can go for, there are races that are much better suited in a certain class when compared to another.

Although character creation and development will always be central to any MMO, the lore is just as important; more so with the Elder Scrolls, a renowned and established RPG franchise that has already weaved a well-known mythos. The world it has built in the course of its many installments, and additional material, transitions seamlessly in this online iteration, taking players to a bloody and chaotic time of this realm's history. Set in Tamriel hundreds of years before the events of Arena, Morrowind, Oblivion, and Skyrim - major installments of the franchise â the events of Elder Scrolls Online happen during The Alliance War, a conflict that will decide who will rule all of Tamriel. In a world that is locked in a tripartite struggle, players become a part of a faction upon selecting their race. Choosing to be a Nord, a Dunmer, or an Argonian makes them a member of the Ebonheart Pact; going for Khajiit, Altmer and Bosmer means being a part of the Aldhmeri Dominion; and being an Orc, Breton, or a Redguard spells joining the fold of the Daggerfall Covenant. As part of one of these three factions, players must do their part in order to secure the victory of the alliance they swore allegiance to.

The interesting thing is that ESO gold never played such a huge role in the other titles, as it does for ESO. The need to trade with NPCs was downplayed, while the competitive (especially PvP) elements of the game, drove up demand for many items produced in game by other players.

Despite the heavy focus the game seems to give to PvP, especially on a large-scale, there are so many other things to do in the ever-expansive world of Tamriel. Engage in PvE mode, travel across the realm, explore and behold its many wonders, fight its many monsters and gain glory, or gather ESO gold in a bid to amass wealth and power. In fact, gathering gold in order to make a player's character the strongest it can be is important when trying to make their faction dominate the others.

One primary reason why gold is so important in this Elder Scrolls iteration is due to the fact that there are an odd number of factions vying for power in Tamriel, specifically, for the role of Emperor on the throne, which is a singular position that a player can attain on a world server. That is right â faction warfare can result in a single player given the role and powers of ruler within a game world.

Crafting is an important part of the game experience and can be used to earn gold in ESO. There are up to six crafting professions: Blacksmith, Alchemy, Provisioning, Poisoning, Woodworking, and Enchanting; each of which serves their own purpose and yields a unique product or effect that will give gamers that much-needed edge.

The problem with both PvE and crafting, however, is that they take a lot of time. The time spent in gathering, hunting, and questing could've been spent in taking down boss monsters, faction battles, and siege warfare. Thankfully, there is a way that this can be overcome: the search of getting ESO Gold the easiest way possible.