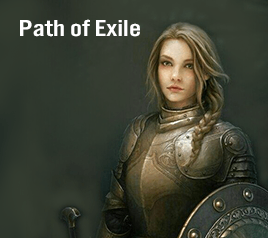 What is PoE Currency?

Orbs are the main currency in Path of Exile. While they mostly serve as a means to improve gear, their secondary use as currency sees them being traded to NPCs and even other players for gear. They allow players to conduct trades and acquire powerful equipment and other items required to complete quests. Furthermore, different orbs can have different powerful effects.

What to Use PoE Currency On?

When used for their main purpose, orbs only affect one or two properties of an item, depending on the orb in question. Certain orbs change the rarity. An excellent example of this is the Orb of Alchemy, which upgrades a regular item into a rare one. Another would be the Orb of Chance, which, rather than simply upgrading normal gear to the Rare tier, upgrades it to a random tier.

Some orbs change a gearâs modifiers like the Orb of Alteration and Augmentation, which respectively rerolls and adds modifiers on Magic items. Thereâs also the Chaos Orb and Exalted Orb; they are respective counterparts of the Orb of Alteration and Augmentation for rare-tier gear. On the other hand, if you want the modifiers on your gear but donât like its values, you should use a Divine Orb. It rerolls at random all the explicit value modifiers.

If your problem is the sockets on your gear and/or their links, then youâll need the Chromatic Orb and the Orb of Fusing. The former changes the color of gem sockets in gear, whose results depend on the stats being required by the gear. For example, if it requires much Strength, then the resulting gear will have a red socket, blue for Intelligence, and green for Dexterity. The latter, meanwhile, is used to link two gem sockets, allowing players to use support gems on a particular skill gem they like. Also, this helps them save time and effort in finding the same gear with a different socket link.

Last but not least is the Shapers Orb. Rather than modify gear, it upgrades the tier of the map itâs used in when youâre the Atlas of Worlds, which allows the user to get better gear. Although no number of POE Exalted Orbs can be enough for a player, farming orbs and waiting for the trading process to complete can be tedious.

About Path of Exile Currency

Path of Exile (POE) is a dark and gothic top-down MMORPG in a horror-themed world, and allows you to fully customize your character according to the way you wish to battle hordes of evil. It may sound like another Diablo clone, but it isn't. It can rival AAA productions when it comes to graphics, gameplay, and innovation, as it gives its players so much freedom when it comes to their avatar's play style and build.

Every exile needs orbs in their backpack, as the benefits these little round currency balls provide to your in-game strength and finances can be astounding.

Meet some of our most popular orbs:

The Vaal Orb is a valuable asset. This orb simply corrupts an item and can be used to corrupt even the mightiest of weapons to offer additional strength and produce extremely powerful results.

The Vaal Orb is perhaps one of the few most expensive items in the game and can be best farmed by using natural farming methods and purchasing it from an external source, such as PlayerAuctions. Read More about What Does Vaal Orb Do?

Exalted Orbs add a random characteristic to a rare item. There are two traditional ways to farm an Exalted Orb: The first is to farm for other currencies and buy Exalted Orbs, while the second is to enter the maps and hope that your find one during your quest.

l Orb Of Fusing â Adds socket links. Read More about What Does Orb of Fusing and Chromatic Orb Do?

l The Mirror of Kalandria - duplicates stuff that is not unique and not corrupted.

l Eternal Orb - also creates a duplicate, but you use it for another reason.

l Orb of Regret - grants players one passive skill refund point. Read More about What Are These Orbs for?

l And of course, fossils.